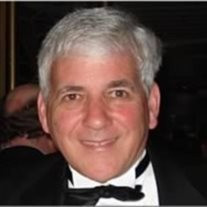 William R. Sauers, 65, of Dallas and formerly of Wilkes-Barre died Monday at Hospice of the Sacred Heart in Wilkes-Barre. Born in Wilkes-Barre, he was the son of the late William A. and Jewel Buckley Sauers. Bill graduated from E.L. Meyers High School in 1966. He enlisted in the United States Army, and honorably served our country, including a tour of duty in Vietnam. He earned a bachelor’s degree in Elementary Education from Wilkes College, followed by a master’s degree in Secondary Counseling from the University of Scranton and a certification in Elementary Counseling from Villanova University. He then earned a master’s degree in School Psychology from Bucknell University. Bill enjoyed the majority of his thirty-year career in education as a school psychologist for the Wilkes-Barre Area School District, and completed his career as the Director of Pupil Personnel before retiring in 2007. After his retirement, Bill and his wife Joann enjoyed extensive travel throughout the United States and Europe. One of his most memorable experiences was raising the flag at the Normandy American Cemetery and Memorial overlooking Omaha Beach in France. Bill was a dedicated husband and father, and his happiest times were those spent with his wife, children, and grandchildren. Bill was a member of St. Therese Church in Shavertown and volunteered as part of the Social Justice Committee and delivered Meals on Wheels. He will be greatly missed by his wife, the former Joann Nedwick; son, William Jonathan and his wife Karen of Alexandria, Virginia and their sons, William Shanahan and Samuel Redmond; daughter, Kelly and her husband Benjamin Gruitt of North Potomac, Maryland and their daughters, Emma Alice and Katherine Jewel. A celebration of Bill’s life will be held Friday at 9 AM at McLaughlin’s – The Family Funeral Service, 142 South Washington Street in Wilkes-Barre, followed by a Funeral Mass at 10 AM in the Church of Saint Therese in Shavertown. He will be interred in Saint Mary’s Cemetery in Hanover Township. Visitation will be held at McLaughlin’s on Thursday from 4 to 7 PM. Memorial donations, if desired, may be made to Medical Oncology Associates Prescription Assistance Fund, 382 Pierce Street, Kingston, PA 18704. Permanent messages and memories can be shared with Bill’s family at www.celebratehislife.com

William R. Sauers, 65, of Dallas and formerly of Wilkes-Barre died Monday at Hospice of the Sacred Heart in Wilkes-Barre. Born in Wilkes-Barre, he was the son of the late William A. and Jewel Buckley Sauers. Bill graduated from E.L. Meyers... View Obituary & Service Information

The family of William R. Sauers created this Life Tributes page to make it easy to share your memories.

William R. Sauers, 65, of Dallas and formerly of Wilkes-Barre...