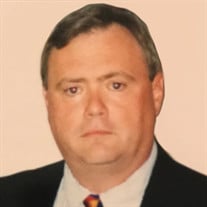 William J. Maguire passed away unexpectedly at the age of 70 with his loving wife Theresa at his side at their home on May 18, 2020. Bill was a devoted husband, father, and grandfather, and spent his entire career as a law enforcement officer protecting and serving his fellow citizens. Born September 23, 1949 in the Minooka section of Scranton he was the only child of William V. Maguire and Mary Higgins Maguire. A 1967 graduate of E.L. Meyers High School in Wilkes-Barre, he later graduated from the Metropolitan Police Academy, Washington D.C. in 1971, the Pennsylvania State Police Academy for Municipal Officers in 1975, and the Prince George’s County, MD, Special Operations School in 1985. William was a distinguished member of the Washington D.C. Metro Police Department and the Wilkes-Barre City Police Department for nearly 25 years. He served proudly as a Patrolman, Detective, and Chief of Detectives. William worked to establish Wilkes-Barre City’s first Emergency Services Unit, responsible for apprehending and protecting the city from the most violent offenders. William also served as the head of the Wilkes-Barre City’s Narcotics/Vice Unit and Wilkes-Barre City’s Task Force Coordinator with the Pennsylvania Office of Attorney General Drug Task Force. While Bill received many distinguished service awards during his law enforcement career, he was most proud of the respect and admiration he received from the citizens he protected, his fellow officers, and his commanders. Bill was just as proud of his Irish heritage and enjoyed watching Notre Dame Football with his family. He also enjoyed golfing with his friends. He was a diehard Crestwood High School sports fan who never missed one of his grandchildren’s games or cheer events. Bill and Theresa were always the first to arrive to sit in their “lucky” seats. Although he will be missed in the stands by his family and friends, Crestwood will always have a special fan watching from above. Preceding William in death were his father, William V. Maguire, mother, Mary Higgins Maguire, and adored in-laws, Casimir and Lottie Katra. As the core of his family and extended family, Bill will be greatly missed by his wife, the love of his life, Theresa Katra Maguire, with whom he celebrated 49 years of marriage this past April; his children, Kimberly Maguire Petrosky and her husband Stan, and Michael Maguire and his fiancée, Kristen Krashnak, all of Mountaintop; five beautiful grandchildren, Ryan, Kendall and Matthew Petrosky, and Madison and Makenzie Maguire; other family and friends he helped care for and loved. The Maguire family is grateful for all of the “Doc Carey’s” who were not just healthcare providers but also dear friends to Bill. Bill’s family will celebrate his life privately. Memorial donations may be made to the American Diabetes Association. Memories and condolence may be shared with Bill’s family at www.celebratehislife.com

William J. Maguire passed away unexpectedly at the age of 70 with his loving wife Theresa at his side at their home on May 18, 2020. Bill was a devoted husband, father, and grandfather, and spent his entire career as a law enforcement officer... View Obituary & Service Information

The family of William John Maguire created this Life Tributes page to make it easy to share your memories.

William J. Maguire passed away unexpectedly at the age of 70...