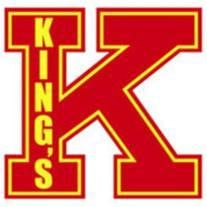 Thomas Richard Arnold, Ph.D., 78, of Wilkes-Barre died Saturday at Hospice Care of the VNA. Born August 5, 1933 in Wilkes-Barre he was a son of the late Harry M. and Margaret C. Mellet Arnold. A graduate of E.L. Meyers High School, he attended Ithaca College before studying for his BA in Economics from King's College. He earned his MA in Economics from the University of Notre Dame and Ph.D. in Economics from the Maxwell School at Syracuse University. Tom worked in Washington, D.C. for a few years as an economist for the Eastern Conference of Teamsters before returning to Wilkes-Barre. In 1960 he began a forty-year career teaching economics at King's College, taking brief hiatuses to complete his doctorate and post-doctoral studies at the University of Chicago. At King's he served as department chair, was named the Herve A. LeBlanc Distinguished Service Professor for three years and earned the Christi Regis Award for twenty years of service to the college. Tom had a life-long love for music which led to his founding The Troubadours while in high school. He was a member of Delta Epsilon Sigma, King's College Chapter and the Pennsylvania Economic Association, which he served as President in 1995-96. His sister, Peggy Ann, preceded him in death. He will be greatly missed by his wife, the former Justine Pendel; sisters-in-law, Mary Pendel and Louise and her husband Daniel Shea of Arlington, Virginia; six nieces and nephews; many great nieces and nephews; and friends. Celebration of Tom’s Life will be held Monday with visitation beginning at 9:30 AM, followed by Funeral Mass at 10:30 AM in the Church of Saint Mary of the Immaculate Conception, 130 South Washington Street in Wilkes-Barre. Tom's family expresses their thanks and appreciation to the nursing staff at Hospice Care of the VNA for the care, concern and treatment they administered. Memorial donations are preferred and may be made to Hospice Care of the VNA, 486 Northampton Street, Edwardsville, 18704-4599. Arrangements by McLaughlin’s – The Family Funeral Service. Permanent messages and memories can be shared with Tom’s family at www.celebratehislife.com

Thomas Richard Arnold, Ph.D., 78, of Wilkes-Barre died Saturday at Hospice Care of the VNA. Born August 5, 1933 in Wilkes-Barre he was a son of the late Harry M. and Margaret C. Mellet Arnold. A graduate of E.L. Meyers High School, he attended... View Obituary & Service Information

The family of Thomas Arnold Ph.D. created this Life Tributes page to make it easy to share your memories.