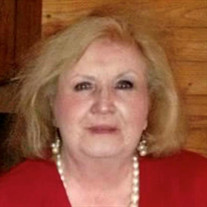 Sheila C. Doyle, 70, of Plains and formerly of the East End section of Wilkes-Barre passed away on Sunday, February 21, 2021. Born May 25, 1950 in Wilkes-Barre she was a daughter of the late Joseph J. and Catherine Dougherty Doyle. Sheila was a 1968 graduate of Saint Mary's High School and 1971 graduate of Mercy Hospital School of Nursing. Sheila practiced as a Registered Nurse at Mercy Hospital for a few years and later accepted a position with the Utilization Review Team with the Bureau of Managed Care of the Department of Human Services of the Commonwealth of Pennsylvania. She retired after thirty years of service as a unit supervisor. Sheila enjoyed traveling, especially beach trips with her family. She was a loving daughter, sister, sister-in-law, and friend to many. To her nieces and nephews, and great-nieces and -nephews, she was a second mother, and second grandmother. Her sister, Peggy, died on July 15, 2010, and nephew, Michael Daniel, died on February 25, 2012. Her siblings, Patrick and his wife Maureen Doyle of Dallas, Nancy and her husband Joe Daniel of Plains, and Joseph and his wife Connie Doyle of Harvey's Lake; nieces and nephews, Patrick and his wife Colleen Doyle, Kevin and his wife Sarah Doyle, Katie Daniel and her fiance Jon Miller, Shannon and her husband Nathan Tiedeken, Joseph Daniel, Brian and his wife Alex Doyle, Conor and his fiancee Leah Power, TJ, and Ryan Doyle; great-nieces and nephews, Claire, Patrick, III and Brannon Doyle, Sadie, Hadley, and Ainsley Doyle, and Jameson, Christian, Declan and Emerson Tiedeken; other family and friends will miss her much. Celebration of Sheila's Life will include a private visitation for immediate and extended family on Friday, February 26, 2021 at McLaughlin's followed by a public Funeral Mass at 10:30 AM in the Church of Saints Peter and Paul in Plains. Donations to the Michael Daniel Memorial Scholarship Fund of the Luzerne Foundation are preferred. Share memories and condolences with Sheila's family at www.mjmclaughlin.com

Sheila C. Doyle, 70, of Plains and formerly of the East End section of Wilkes-Barre passed away on Sunday, February 21, 2021. Born May 25, 1950 in Wilkes-Barre she was a daughter of the late Joseph J. and Catherine Dougherty Doyle. Sheila... View Obituary & Service Information

The family of Sheila C. Doyle created this Life Tributes page to make it easy to share your memories.

Sheila C. Doyle, 70, of Plains and formerly of the East End section...