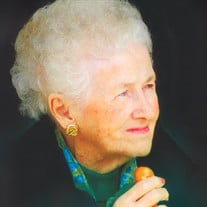 Regina A. Leighton, 89, of Wilkes-Barre died Tuesday at Saint Luke's Villa. Born June 25, 1925 in Wilkes-Barre she was a daughter of the late Thomas L. and Elizabeth Healy Snee. Jean was a graduate of Wilkes-Barre Township High School and Wilkes-Barre General Hospital School of Nursing. A registered nurse, Jean was a school and private duty nurse for several years before dedicating her life to caring for her family. Jean was a long time active member of the Parish of Saint Therese where she was a member of the choir and senior citizens' club, and also a member of the Wilkes-Barre General Hospital Nurses Association. She enjoyed cooking, baking and performing in local theater productions. Her husband, Peter Forve Leighton died January 4, 1986. Sisters, Claire Dunleavy, Elizabeth Schulze and Alice Spitzner; brothers, James and Thomas Snee; and a son-in-law, Richard C. Gray also preceded her in death. Jean will be greatly missed by her daughters, Sally Payne of Wilkes-Barre, Linda and her husband Richard Adams of Kingston, Carol Gray of Wilkes-Barre and Jeanne and her husband Jerry Dessoye of Wilkes-Barre; grandchildren, Robert J. Payne, Richard, Alison and Christopher Gray and Matthew and Kevin Dessoye; nieces, nephews, other family and friends. Jean's entire family is grateful to the staff of Saint Luke's Villa for the loving, compassionate care they shared with her over the years. Celebration of Jean’s Life will be held Saturday at 9 AM from McLaughlin’s, 142 South Washington Street in Wilkes-Barre with Funeral Mass at 10 AM in the Church of Saint Nicholas. Interment will be in Saint Mary's Cemetery. Visitation will be held at McLaughlin's on Friday from 4 to 7 PM. Memorial donations are preferred and may be made to King’s College. Memories and condolences may be shared with Jean’s family at www.lifecelebrations.com

Regina A. Leighton, 89, of Wilkes-Barre died Tuesday at Saint Luke's Villa. Born June 25, 1925 in Wilkes-Barre she was a daughter of the late Thomas L. and Elizabeth Healy Snee. Jean was a graduate of Wilkes-Barre Township High School and... View Obituary & Service Information

The family of Regina 'Jean' Leighton created this Life Tributes page to make it easy to share your memories.

Regina A. Leighton, 89, of Wilkes-Barre died Tuesday at Saint...