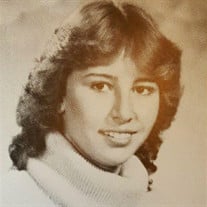 Rebecca A. Grohowski, RN, BSN, 53, of Wilkes-Barre passed away on Wednesday, February 7, 2018. Born June 19, 1964 in Passaic, New Jersey she was a daughter of Rebecca Gilroy Brown Rushton of Wilkes-Barre and the late John W. Brown, Jr. A graduate of G.A.R. Memorial High School, Becky studied nursing at Wilkes-Barre Area Vo-tech and started her career as an LPN. She continued her education at LCCC and advanced to practice as an RN before completing her BSN at Misericordia University where she was a recipient of the Grace Andrews Award in recognition of her enthusiasm for lifelong learning. Becky worked for Stapinski Drug Stores and at Wilkes-Barre General Hospital in CCU and Cardiac Rehabilitation before moving on to private home health care. She volunteered many hours in support of the Heart Ball over the years. Her brother, John 'Whitey' Brown, and sister-in-law, Donna Brown, preceded her in death. Becky will be greatly missed by her mother; husband, Stanley A. Grohowski; brother, Joseph A. and his wife Christine Brown of Wilkes-Barre; sisters, Josephine Johnson Fox and her husband Kenneth of Hanover and Gwen Brown and her companion William Pezzella of Nanticoke; many nieces and nephews who knew her as Aunt Bugga; mother-in-law, Eleanor Grochowski; sister-in-law, Arlene Grohowski; other family and friends. Becky's entire family is thankful for the excellent care she received from the nurses and staff from the offices of Joseph Szustak, DO, Sanjay Doddomani, MD, David Connuck, MD and Raymond Khoudary, MD, and at Saint Therese Personal Care, Birchwood Nursing and Rehabilitation Center and Celtic Hospice. Celebration of Becky's Life will begin Sunday with visitation from 3 to 6 PM at McLaughlin's, 142 South Washington Street in Wilkes-Barre and continue there on Monday with gathering at 8:30 AM followed by a Funeral Mass at 9:30 AM in the Church of Saint Mary of the Immaculate Conception. Interment will be in Saint Mary's Cemetery. Memorial donations are preferred and may be made to the American Heart Association. Memories and condolences may be shared with Becky's family at www.celebrateherlife.com

Rebecca A. Grohowski, RN, BSN, 53, of Wilkes-Barre passed away on Wednesday, February 7, 2018. Born June 19, 1964 in Passaic, New Jersey she was a daughter of Rebecca Gilroy Brown Rushton of Wilkes-Barre and the late John W. Brown, Jr. A graduate... View Obituary & Service Information

The family of Rebecca A. Grohowski RN, BSN created this Life Tributes page to make it easy to share your memories.