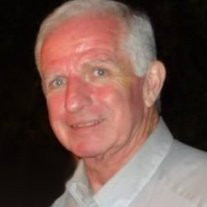 Patrick J. Whalen of Kingston passed away Saturday, October 19, 2013 in the Trauma Unit of Geisinger Medical Center in Danville. Born June 13, 1952 in Wilkes-Barre he was the youngest child of the Dr. and Mrs. Edward M. Whalen, Sr. Pat attended Meyers High School in Wilkes-Barre and graduated from Malvern Prep in 1971. For the better part of his career Pat worked in real estate related positions. He was a licensed Pennsylvania Associate Real Estate Broker as well as a certified residential appraiser. He had been employed by Century 21, Lewith & Freeman and the Sam Wolfe Agency in Wilkes-Barre. Pat was a past-president of the Forty Fort Lions Club and Friendly Sons of Saint Patrick, and a member of the American Legion Post 644 in Swoyersville. Pat relished spending time in the company of his family and friends, talking and philosophizing, adding his special brand of gentle humor to any conversation. In particular he enjoyed the company of his nieces and nephews, imparting his wisdom whenever he could. He will be much missed by all who knew him. Pat is survived by his immediate family, Ned, Jr. and his wife Maureen Whalen of Kingston, Molly Whalen of Kingston, Ray and his wife Maureen Whalen of Glen Summit, Jeanne Grant of Austin, Texas; his former wife and longtime friend, Ruth Whalen; nieces and nephews, Kelly Whalen, Ned Whalen, III, Jessica Earl, Laura Whalen Blackwell, Katie Whalen Jutting, Mick Grant, Tracey Grant and Shannon Grant. Celebration of Pat’s Life will be held Thursday at 9:30 AM from McLaughlin’s – The Family Funeral Service, 142 South Washington Street in Wilkes-Barre with Funeral Mass at 10:30 AM in the Church of Saint Ignatius. Interment will be in Saint Mary’s Cemetery in Hanover Township. Friends and relatives are invited to visit at McLaughlin’s on Wednesday from 5 to 8 PM. Memorial donations may be made to the Friendly Sons of Saint Patrick, c/o Ned Whalen, 575 Gibson Avenue, Kingston, 18704, or Forty Fort Lions Club, c/o Mark Serafin, 23 Ford Avenue, West Wyoming, 18643. Permanent messages and memories can be shared with Pat’s family at www.celebratehislife.com

Patrick J. Whalen of Kingston passed away Saturday, October 19, 2013 in the Trauma Unit of Geisinger Medical Center in Danville. Born June 13, 1952 in Wilkes-Barre he was the youngest child of the Dr. and Mrs. Edward M. Whalen, Sr. Pat attended... View Obituary & Service Information

The family of Patrick J. Whalen created this Life Tributes page to make it easy to share your memories.