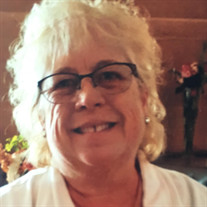 Maureen Blihar Piekara, 62, of Wilkes-Barre passed away Friday evening, August 25, 2017, after a courageous battle with Pancreatic Cancer. Born April 7, 1955 in Wilkes-Barre she was the first daughter and eldest child of the late Thomas J. and Carol McHugh Blihar. Maureen (lovingly known as "Aunt Mo" by her family and friends) was a 1973 graduate of E.L. Meyers High School. Maureen led a wonderful career as a Customer Service Representative for the United States Postal Service from 1985 to 2013. Maureen was a member of the Parish of Saint Nicholas Catholic Church. Her brother, Michael Blihar, preceded her in death. Maureen will be greatly missed by her children; John Piekara and his wife Winter of Colorado, and Maurisa Dallis and her husband Taki of Texas; former husband, John J. Piekara; sister, Leslie Barasha and her husband James of Arizona; brothers, Mark Blihar and his companion Joyce of Wilkes-Barre, and Thomas Blihar and his wife Beth of Florida; nieces, nephews, other family and friends, including her dog, Buddy and cat, Milla, and, particularly, her cousin, Tammy, to whom the entire family is grateful for the loving, caring relationship she maintained with Maureen and the compassionate care she shared with Maureen during her final days. Celebration of Maureen's blessed 62 years will be held Tuesday with visitation from 8:30 to 10:30 AM at McLaughlin's, 142 South Washington Street in Wilkes-Barre followed by a Funeral Mass at 11 AM in the Church of Saint Nicholas. Interment will be in Saint Mary's Cemetery. Memorial donations are preferred and may be made to the SPCA. Memories and condolences may be shared with Maureen's family at www.celebrateherlife.com

Maureen Blihar Piekara, 62, of Wilkes-Barre passed away Friday evening, August 25, 2017, after a courageous battle with Pancreatic Cancer. Born April 7, 1955 in Wilkes-Barre she was the first daughter and eldest child of the late Thomas J.... View Obituary & Service Information

The family of Maureen Blihar Piekara created this Life Tributes page to make it easy to share your memories.