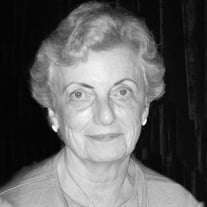 Mary Elizabeth Jeffrey, M.D., 80, formerly of Haverford, died on Friday, July 5, at Little Flower Manor, Wilkes-Barre, after a prolonged illness. Born August 5, 1938, in Pittston, Pennsylvania, she was the first-born daughter of the late Raymond B. and Alma Sharkey Jeffrey. Mary Elizabeth, called Mary Beth by her nieces and nephews, was a 1956 graduate of St. Ann's Academy, Wilkes-Barre, where she was an exemplary student and an accomplished member of their orchestra. After graduation, Mary Beth matriculated to Marywood College in Scranton, where she graduated with a Bachelor of Science degree in 1960. Mary later attended Woman's Medical College in Philadelphia, which is now known as Drexel University College of Medicine. In February 1966, Mary passed her Medical School Board Exam, and began her career as a radiologist in Philadelphia area hospitals; most notably, Fitzgerald Mercy in Upper Darby, Phoenixville Hospital; and Roxborough Memorial Hospital, Philadelphia, where she was fondly known to both patients and staff as 'Doctor J' or 'Doctor Mary.' Upon her retirement, Mary devoted much of her time and attention to St. Denis Parish in Havertown. There, she served in various capacities over the years, as a lector, Eucharistic minister, and daily communicant. However, she was most passionate and proud of her volunteer role as the 'parish gardener,' as she regularly tended to and added new plants to the parish grounds. In addition to her passion for gardening and music, Mary enjoyed hosting dinner parties for her family and friends. Over the years, she also enjoyed many travel adventures and trips to the Jersey shore with close friends. Mary's sister, Christine Jeffrey McLaughlin, and brother-in-law, Thomas V. McLaughlin of Wilkes-Barre, preceded her in death. Mary's passing will be mourned by her brother, Reverend George A. Jeffrey, II, Dunmore. She is also survived by her niece, Molly and her husband Frank Hoegen, Kingston; nephew, Tommy and his wife Katie McLaughlin, Wilkes-Barre; nephew, Michael and his wife Debbie McLaughlin, Houston, Texas; niece, Erin McLaughlin, Harvey's Lake; and nephew, Vince Griffin, Kingston. Mary was also the proud great-aunt of Maggie McLaughlin Kovalski and her husband Danny, Havertown; Thomas McLaughlin, Chicago, IL; Cormick McLaughlin, Philadelphia; Sara Hoegen Latcham and her husband Jake, Dallas; Lael Hoegen McGann and her husband Eric, Bryn Mawr; Cate, Clare and Benen Griffin, Kingston. Mary was also the proud great-great-aunt of Kit, Piper, and Jules Kovalski and Declan McGann. She is also survived by many cousins, colleagues, and friends. A celebration of Mary's life will be held on Saturday, July 13, with visitation beginning at 9 AM followed by a concelebrated Funeral Mass at 10 AM in the Church of St. John the Evangelist, 35 William Street, Pittston. In lieu of flowers, the family respectfully requests memorial contributions be made to St. Denis Church, 2401 St. Denis Lane, Havertown, PA, 19083; Cardinal Foley School, 300 East Eagle Road, Havertown, PA 19083; or, Osterhout Free Library, 71 South Franklin Street, Wilkes-Barre, PA 18701 Memories and condolences may be shared with Mary's family at www.celebrateherlife.com

The family of Mary E. Jeffrey MD created this Life Tributes page to make it easy to share your memories.