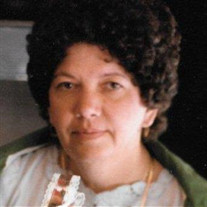 Mary Cornelia (Sharkey) Gluzinski of Tillamook, Oregon passed away peacefully after a brief illness on Tuesday, December 26th, 2017. Mary was born January 7th, 1936 in Hazelton, Pennsylvania to the late Mary Frances Oakes and Cornelius Charles Sharkey. She attended St. Rose High School in Carbondale and later graduated from The Wyoming Valley Business College. After graduating, Mary was employed by J. S. Raub Shoe Store. In 1953, Mary’s friend told her of a young Air Force man named Joseph who would like to have someone to write to. After corresponding for eight months, Mary and Joseph finally met. It was love at first sight for both and they married July 20th, 1957 after his discharge from the Air Force. Four children, Mary Theresa, Joseph Mark, Mark Thomas and Kathleen Ann were born over the next five years. Kathleen was born on Christmas Day in 1962. Much to the chagrin of Mary, Joseph liked to tell people that his wife's name was Mary and he was named Joseph and that they had a child born on Christmas Day. Due to a promotion, the family moved to Thousand Oaks, California where Patrick David was born June 12th, 1971. Mary was happily employed at Cal Lutheran University for a number of years prior to moving to Oregon. Mary spent many happy years doing volunteer work. Her volunteer activities included setting hair for ladies in the convalarium, knitting articles for donations to the poor, head chef at the soup kitchen, providing home cooked meals for sick neighbors, and donating time and money for many causes. A brother, Cornelius ‘Neil’ Sharkey, son-in-law, Jon Dexter Ellis, brother-in-law, Paul John Chmil, Sr., and niece Molly Ann Wrazen preceded her in death. Mary will be greatly missed by her loving husband, Joseph; daughters, Mary Theresa and Kathleen Ann; sons, Joseph Mark, Mark Thomas, and Patrick David; grandchildren, Sammy Jo, Molly and George; sisters, Regina Chmil and Ann Wrazen; nieces, nephews, other family and friends. Celebration of Mary’s Life will begin Friday with visitation from 4 to 7 PM at McLaughlin’s, 142 South Washington Street in Wilkes-Barre and continue on Saturday with a Funeral Mass at 10 AM in the Church of Saint Leo the Great, 33 Manhattan Street in Ashley. Interment will be in Saint Ann’s Cemetery in Freeland. Memories and condolences may be shared with Mary’s family at www.celebrateherlife.com

The family of Mary Sharkey Gluzinski created this Life Tributes page to make it easy to share your memories.