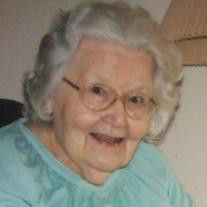 Mary O’Brien Callahan formerly of Forty Fort and a resident of Saint Therese Residence since 2006 died Saturday. Born in Wilkes-Barre she was a daughter of the late Joseph and Irene Murray O’Brien. A graduate of Saint Ann’s Academy, Mary earned a scholarship to Misericordia University and completed her master’s degree at Wilkes University. Mary worked for the Division of Unemployment Compensation and Employment Service for several years after college. As an educator, she taught at Saint Ann’s Academy in Wilkes-Barre until its closing and for one year at Scranton Preparatory School. She later returned to work for the Commonwealth of Pennsylvania for several years before retiring. Mary was a member of the Parish of Saint Ignatius Loyola in Kingston. She was a life member of Kappa Gamma Pi, National Catholic Honor Society, and was active in the League of Women Voters for many years. Mary was a principal in the formation of the Wyoming Valley Literacy Program at the Hoyt Library. This was tremendously rewarding work for her. She was also named Citizen of the Year in 1989 for her dedication and good works for literacy. Mary was an avid reader and enjoyed crossword puzzles, especially those in the New York Times. Mary loved travelling with her husband, Leonard. They were fortunate to take many wonderful trips throughout and outside the United States. Her husband, Leonard Callahan died December 18, 1998. A brother, Joseph O’Brien and niece Susan O’Brien also preceded her in death. Mary will be dearly missed by her two sisters-in-law, Grace and Louise Callahan; nieces, nephews, great-nieces and -nephews, cousins and friends. Celebration of Mary’s Life will be held Wednesday with a Funeral Mass at 1 PM in the Chapel at Little Flower Manor, 200 South Meade Street in Wilkes-Barre. Interment will be in Saint Mary’s Cemetery in Hanover Township. Visitation will be held in the Chapel at Little Flower Manor beginning at noon on Wednesday. Memorial contributions are preferred and may be made to Saint Therese Residence, 260 South Meade Street, Wilkes Barre, 18702. Arrangements by McLaughlin’s. Permanent messages and memories may be shared with Mary’s family at www.celebrateherlife.com

Mary O’Brien Callahan formerly of Forty Fort and a resident of Saint Therese Residence since 2006 died Saturday. Born in Wilkes-Barre she was a daughter of the late Joseph and Irene Murray O’Brien. A graduate of Saint Ann’s Academy, Mary earned... View Obituary & Service Information

The family of Mary O'Brien Callahan created this Life Tributes page to make it easy to share your memories.

Mary O’Brien Callahan formerly of Forty Fort and a resident of...