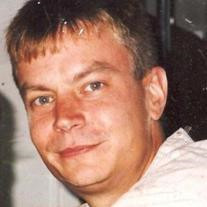 Kurt Reisinger of New York City died unexpectedly at his residence on June 29 2010 when God called him home. Born in Wilkes-Barre (Nesbitt Hospital), he spent the better part of his first thirty years growing up in the Wyoming Valley. Kurt attended Meyers Junior High School, where he played basketball and football, and graduated from Wyoming Seminary where he was a member of the lacrosse team. Kurt attended King's College and graduated Magna Cum Laude with degrees in Political Science and Business Administration. After graduation, Kurt was employed locally in the commercial real estate business, developing and managing substantial rental housing. He then relocated to New York City to continue his studies at New York University’s Graduate School of Business, where he earned his MBA in Commercial Real Estate. Upon graduation, Kurt continued to reside in New York City and focused his career on substantial commercial real estate leasing and sales transactions in the Wall Street area. Kurt had a very successful career in commercial real estate and property management in Pennsylvania and New York. Further, he had a passion for people, and an ability to listen, understand and solve difficult problems. As a result he had many strong and lasting relationships, personally and professionally. Kurt is survived by his father, Joseph R. Reisinger, Esq. of Wilkes-Barre, his brother, Joseph Reisinger Jr. and his wife Kim of Redding, California, his aunt Ann Marie Kraft of Bethlehem and his uncle Gerry Reisinger of Kingston, and many cousins and nephews. He was preceded in death by his mother, Kathleen Fortune of Wilkes-Barre. Immediate family, classmates, teammates and close friends are invited to join in the Celebration of Kurt's Life on Wednesday, July 7, 2010 beginning at 5:30 PM and concluding with a prayer service at 7:30 PM at McLaughlin’s Family Funeral Service, 142 South Washington Street in Wilkes-Barre. Memorial donations are preferred and may be made to Catholic Social Services, 33 E. Northampton St, Wilkes-Barre, 18701.

Kurt Reisinger of New York City died unexpectedly at his residence on June 29 2010 when God called him home. Born in Wilkes-Barre (Nesbitt Hospital), he spent the better part of his first thirty years growing up in the Wyoming Valley. Kurt... View Obituary & Service Information

The family of Kurt Reisinger created this Life Tributes page to make it easy to share your memories.