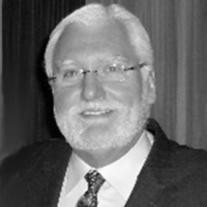 Kevin G. Nelson, the Chairman and CEO of Acton Technologies as well as the Managing Director of Flontech USA, passed away after a valiant fight with esophageal cancer on April 14, 2012. He was 64. Kevin was born in New York City on August 18, 1947 and traces his roots to Kishkeam, County Cork. He holds Irish as well as US Citizenship. He earned a baccalaureate degree from King’s College and an MBA jointly issued by NYU Stern School of Business, the London School of Economics and the HEC School of Management in Paris through the Trium Global Executive MBA program. Kevin was extremely dedicated to and proud of the businesses he founded and he held numerous US and worldwide patents that formed the basis of much of his companies’ work. Under his leadership the businesses grew from 2 employees to over 100 spanning several countries with plants in Pittston, Ireland, Italy and Scotland. Acton is a world leader in fluoropolymer surface chemistry and its products are used in specialized material applications in the aerospace, defense, medical, industrial and automotive industries. The company is also a four-time recipient of the Ben Franklin Advanced Technology Award, a grant given in recognition of small business innovation and developmental technology. He passed a corporate resolution that the company was not allowed to participate in any recessions -- and his determination, along with his dedicated team, ensured that resolution was never broken. He greatly valued the friendships he made with the people he worked with and the businesses they served and he fondly considered ACTON his second family. Prior to founding Acton Technologies in 1985, he served in the USMC, The Executive Office of the President, and as Vice-President of Shamrock Coal Company. He was well known in the Wyoming Valley for his work for the Executive Office of the President of the United States where he helped guide the Valley’s restoration after the Agnes Flood in 1972. Kevin had a deep love of Irish history and culture. While he primarily lived in West Pittston, Pennsylvania, he spent much of his time at his home in the village of Adare in County Limerick, Ireland. He was a member of the Knights of St. Patrick, served on the board of directors of the New York City St. Patrick’s Day parade for over 20 years. Additionally, Kevin annually co-funded the painting of the green line for St. Patrick’s Day down Fifth Avenue along with John Fitzsimmons. Due to his dedication, he was a special honoree at the parade’s 250th Anniversary in 2011. A worldwide traveler and avid reader, Kevin loved to live life to its fullest. He recently received his pilot’s license and reveled in flying above the clouds. He was always generous with family and friends and sacrificed much to make sure his family was always taken care of. Kevin will be deeply missed by his four children, Kate Nelson, Margaret Neville and her husband, Terence Neville, Caroline Nelson and Daniel Kevin Nelson, as well as his grandchildren, Kit, Fiona, Lizzie and Brendan Neville, and his many friends and family. Visitation will be held at McLaughlin's – The Family Funeral Service, 142 South Washington Street in Wilkes-Barre on Wednesday from 2-4 pm and 7-9 pm. A Funeral Mass in Celebration of Kevin’s Life will be led by Monsignor John Bendick and Father Michael Kirwin on Thursday at 10 AM in the Church of Saint John the Evangelist on William Street in Pittston, followed by an old-fashioned Irish wake at Kevin’s Bar and Restaurant, 247 Wyoming Avenue in Kingston. In lieu of flowers, memorial donations may be made to the Kevin G. Nelson Memorial Fund at the NYC Saint Patrick’s Day Parade (www.nycstpatricksparade.org or send to PO Box 295, Woodlawn Station, Woodlawn, NY 10470 (718-231-4400; email:[email protected]). Permanent messages and memories can be shared with Kevin’s family at www.celebratehislife.com

Kevin G. Nelson, the Chairman and CEO of Acton Technologies as well as the Managing Director of Flontech USA, passed away after a valiant fight with esophageal cancer on April 14, 2012. He was 64. Kevin was born in New York City on August... View Obituary & Service Information

The family of Kevin Nelson created this Life Tributes page to make it easy to share your memories.

Kevin G. Nelson, the Chairman and CEO of Acton Technologies as...