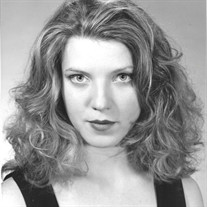 Kelly Lynne Harris, loving mother, sister, daughter, educator, and artist, passed away on October 20, 2021. Born in Wilkes-Barre, she graduated from Bishop O’Reilly High School and earned her first degree in dance performance from The New World School of the Arts in Miami, Florida. She began her career teaching dance at The Joan Harris Center for Gifted/Talented, danced and choreographed professionally with American Dance Theatre of Miami, and eventually took a position touring with a production of the Broadway musical 42nd Street, performing throughout Europe. Kelly would eventually settle in Cologne, Germany, where she married and began her family, raising her two children. During this time, she continued to dance and teach professionally, most notably at the Constantin Musikschule in Germany. Kelly returned to the United States in 2007 and continued her education, graduating summa cum laude from Boston University and earning a master’s degree from Kent State University. During this time, she remained active as a dance educator and performer, publishing articles in the National Dance Magazine and International Journal and authoring her book, Dance Education for Developing Creative Potential. Kelly was a professor of Modern Dance & Ballet at Atlantic County Community College. Additionally, she taught at Cygnus Creative Arts Centre, where she also held the position of Promotions and Communications Director, collaborating with community outreach programs to make dance education available to underprivileged youth and special needs adults. Kelly concentrated on early childhood education in recent years, teaching at a Montessori School in Deptford, New Jersey. Kelly was a board member of the National Association for Gifted Children and the United Nations International Dance Council. She was invited to present and chair a session at the 44th World Congress on Dance Research in Athens, Greece. Kelly was an incredibly kind, strong, caring, and deeply compassionate woman. She always acted on the behalf of those in need and throughout both her professional and personal life worked tirelessly to create a better and gentler world. Kelly was also known for her great sense of humor, even during difficult times. Kelly’s biggest loves in life were her children and her dogs. Her favorite hobbies included cooking and taekwondo, in which she held a black belt. Kelly was preceded in death by her parents Joan Quigley-Harris and Lynn Harris. Her two children, Sunny Harris and Jarod Wille, siblings Joseph Melchiona, Joan Futscher, Kenton Harris, Jim Harris, Sean Harris, Shayne Harris, and Jason Harris; nieces, nephews, other family, and friends will miss her much. Celebration of Kelly’s Life begins Monday, November 1, 2021, with visitation from 4 to 8 PM at McLaughlin’s, 142 South Washington Street in Wilkes-Barre, and continues Tuesday, November 2, 2021, with a Funeral Mass at 9:30 AM in the Church of Saint Mary of the Immaculate Conception. Donations to UNICEF or Meals on Wheels will honor Kelly’s memory. Share memories and condolences with Kelly’s family at www.mjmclaughlin.com

The family of Kelly Lynne Harris created this Life Tributes page to make it easy to share your memories.