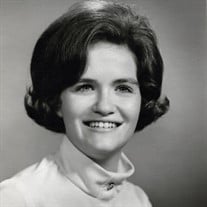 Kathryn Theresa Healey allowed herself to rest on February 12, 2022, after a courageous battle with multiple competing illnesses. She fought until the end and would have stayed to help her family forever if given a chance. She was one of five children and spent her life in south Wilkes-Barre, graduating from Meyers High School. She had a few office and retail jobs and excelled in sales, even being awarded a station wagon for her efforts at Tupperware. After she had her children, she was a fixture at their schools and activities and moved up the ranks to be the president of the Parent Teacher Organization at Kistler Elementary for a time. Kathy loved cooking and baking and even became a wonderful vegan baker for her daughter after initially vowing never to do so. She enjoyed watching Hallmark movies and talk shows, drinking soda with lots of ice, going to the casino with friends, all things Christmas, talking on the phone, listening to Josh Groban, and catering to her family by creating a beautiful and comfortable environment. She adored going shopping and could often be found walking around TJ Maxx, usually coming out with a gift for a friend or family member for no particular reason. She was known for buying clothes at places like Talbots and Chico's but never paid full price. If anyone tried to make her pay full price, the manager would be consulted, but in the nicest possible way. Her mother Gertrude McElwee, father Bert Pearson, "Aunt Annie" Anne Horner, and close friend, Julie Mantione, preceded her in death. She is survived by her husband of 50 years, Dr. Bernard Healey; daughter, Alison and her fiancée Ryan Livingston; son, Bryan and his wife Bryn; and her beloved grandson, Johnny, whom she frequently described as the best thing that ever happened to her. Kathy also cherished and was comforted by many close relationships in her life, including the one she shared with her sister Nancy, her dear friends Linda and Harry Krape and Pat and Joe Urbanas, her neighbors in Riverside Park, and her "card club" of wonderful ladies that supported each other in countless ways over the years. Kathy's family extends special thanks to the dedicated staff at Wilkes-Barre General and Geisinger hospitals, who saved her life more than once and gave us extra time, as well as the compassionate team at Dr. David Greenwald's office in Kingston. Kathy showed kindness in many small but powerful ways. If you want to honor Kathy, please buy a Christmas gift for a child in need, or donate to an organization that can make that happen. Or bake some brownies and put them out on crisp paper towels for someone cutting your grass. Maybe add a pitcher of lemonade. That was Kathy. Kathy's family will celebrate her life privately. Share memories and condolences with Kathy's family at www.mjmclaughlin.com

Kathryn Theresa Healey allowed herself to rest on February 12, 2022, after a courageous battle with multiple competing illnesses. She fought until the end and would have stayed to help her family forever if given a chance. She was one of five... View Obituary & Service Information

The family of Kathryn Theresa Healey created this Life Tributes page to make it easy to share your memories.

Kathryn Theresa Healey allowed herself to rest on February 12,...