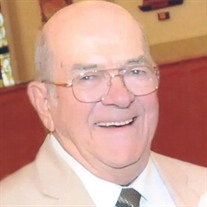 Joseph Carl Wilkie, 85, of Wilkes-Barre passed away at Celtic Hospice on July 21, 2017. Born April 4, 1932 in Wilkes-Barre he was a son of the late Harry L. and Margaret Weiner Wilkie. A graduate of G.A.R. Memorial High School, Joe continued his education at King’s College. An Army veteran of the Korean Conflict, he later served more than thirty years with the reserves in the Pennsylvania National Guard, 109th Infantry and retired as Platoon Sergeant in 1992. Joe worked for A&P Markets and Auto World before taking a position with Bronsberg & Hughes. He retired from Wyoming Valley Motors as parts manager. A member of the Sports Car Club of America since 1959, Joe held several positions including, Regional Executive, Treasurer, Activities Director and Secretary of the Northeast Division. In the early years of his racing career, he participated in road rallies and gymkhanas, the moved on to hill climbs and road racing. He started racing in an MGA and purchased his first Formula Ford car in 1970. He raced that car until 1981 when he moved on to a 1981 Van Diemen RF81 Formula Ford. When his racing career ended, he became the announcer for the Giant’s Despair and Weatherly hill climbs. Brothers, Harry, Robert, Jerry, Alan and Tom Wilkie, and a sister, Judy Nealon preceded him in death. Joe will be greatly missed by his wife, the former Damaris ‘Dee’ Spayder; daughter, Beth Ann Ritz; granddaughter, Jessica and her husband Patrick Cawley; great-grandchildren, Alexis, Aiden, and another great-granddaughter due in September; sisters, Margaret Wilkie and Karen McManus; brother-in-law, Joseph and his wife Janice Spayder; nieces, nephews, other family and many lifelong friends. Celebration of Joe’s Life will begin Wednesday with visitation from 5 to 8 PM at McLaughlin’s, 142 South Washington Street in Wilkes-Barre and continue there on Thursday with gathering at 10 AM followed by services at 10:30 AM. Interment will be in Saint Mary’s Cemetery. Memories and condolences may be shared with Joe’s family at www.celebratehislife.com

Joseph Carl Wilkie, 85, of Wilkes-Barre passed away at Celtic Hospice on July 21, 2017. Born April 4, 1932 in Wilkes-Barre he was a son of the late Harry L. and Margaret Weiner Wilkie. A graduate of G.A.R. Memorial High School, Joe continued... View Obituary & Service Information

The family of Joseph Carl Wilkie created this Life Tributes page to make it easy to share your memories.

Joseph Carl Wilkie, 85, of Wilkes-Barre passed away at Celtic...