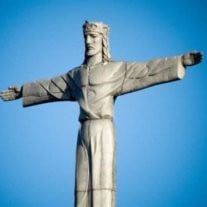 Dr. Joseph Volodymyr Krawczeniuk, who walked out of his native Ukraine with his older brother to escape communism as a teenager, sought a better life in the United States and found it as a college professor and father in Wilkes-Barre, died Wednesday... View Obituary & Service Information

The family of Dr. Joseph V. Krawczeniuk created this Life Tributes page to make it easy to share your memories.

Dr. Joseph Volodymyr Krawczeniuk, who walked out of his native...