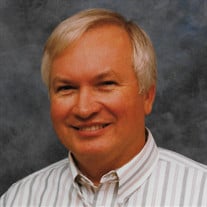 Joseph A. Kaminski, 66, son of Alex and Ann (Bly) Kaminski of Mountain Top, passed away after a two-and-a-half-year battle with cancer on July 16, 2019. Joe was a graduate of Crestwood High School and earned his Business Degree from King's College. Upon graduation he began his 27-year career in sales with a division of Time Warner capping his time there as a VP of Sales and National Accounts Manager. Joe then moved on to work for CoMag, a division of Hearst & Conde Nast as their National Training Manager. Concluding his sales career, Joe worked for the Eagle Rock Resort until his retirement. During his college years, Joe proudly served in the United States Coast Guard Reserve. Joe loved the game of golf and traveled to Myrtle Beach every October for 28 years to play with friends, co-workers and neighbors from the Pittsburgh area, the Carolinas, New York and beyond. He never turned down a chance to play golf when the tournament was a worthy cause. Joe lived and worked in Pittsburgh for eight years and that area still held a special spot in his heart. He was a big Steelers, Pirates & Penguins fan and enjoyed taking his sons to Steelers games once a year. Joe enjoyed spending time with his boys when they were young, attending all their sporting events and being a volunteer coach during their MYSA, MYBL and Little League days. Once his sons were older, he became involved in high school sports as well. He served as Co-President of the Crestwood Football Booster Club for two years and enjoyed every minute of it. Joe also believed in giving back, investing his time and energy with the Crestwood School District serving his first term on the School Board until his illness curtailed his involvement. He will be greatly missed by his parents; his wife, C. Susanne (Darden) Kaminski; sons, James, of Norristown and Joshua at home; sister, Roseann and her husband John Mitko of Saylorsburg; nieces, nephews, large extended family and numerous friends. Joe and his wife would have celebrated their 43rd wedding anniversary this September. Joe's family is grateful for the very upbeat and compassionate staff at Oncology Associates of Kingston. Even though Joe was facing cancer, he always felt very fortunate that he had spent the majority of his life in good health. His family would also like to thank the nursing staff at the General Hospital in the ICU, CCU and on the 7th floor for their kindness during this ordeal. Celebration of Joe's Life will begin Friday, July 19, 2019 with visitation from 4 to 7 PM at McLaughlin's, 142 South Washington Street in Wilkes-Barre and continue there on Saturday, July 20, 2019 with a gathering at 9 AM followed by a Funeral Mass at 10 AM in the Church of Saint Jude in Mountain Top. Memorial donations are preferred and may be made in Joe’s memory to the Medical Oncology Associates of Kingston Prescription Fund for those patients in need of assistance with their medications. Memories and condolences may be shared with Joe's family at www.celebratehislife.com

Joseph A. Kaminski, 66, son of Alex and Ann (Bly) Kaminski of Mountain Top, passed away after a two-and-a-half-year battle with cancer on July 16, 2019. Joe was a graduate of Crestwood High School and earned his Business Degree from King's... View Obituary & Service Information

The family of Joseph A. Kaminski created this Life Tributes page to make it easy to share your memories.