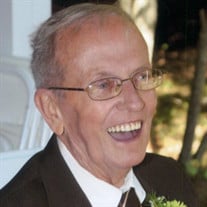 Joseph F. DiMaggio, 76, of Wilkes-Barre passed away peacefully with his family at his side on November 24, 2014 at the home of his daughter and son-in-law, Barbara and Gene, with whom he resided. Born November 2, 1938 in Wilkes-Barre he was a son of the late John and Charlotte Anderson DiMaggio. Educated in Wilkes-Barre city schools, Joe served honorably in the US Navy. He was retired from the City of Wilkes-Barre as a police and fire dispatcher and King's College Athletic Department. As expected, Dad was an avid Yankee fan and an ace card player who loved his candy. His wife, Margaret O'Day DiMaggio died in 2008. A brother, Robert and sister, Marylou Popson also preceded him in death. He will be greatly missed by his children, Coleen and her husband Dominick DallaVerde of Laflin, Joseph J. and his wife Toni Marie DiMaggio of Wilkes-Barre, and Barbara and her husband Gene Belardinelli of Wilkes-Barre Township; grandchildren, Nicole and her husband Anthony Ramirez, Jason and his wife Cathryn DallaVerde, Jared and his wife Laura Belardinelli, Joseph E., Michael and Brianna DiMaggio; four great-grandchildren; sister, Charlotte and her husband Paul Smith of Greensboro, North Carolina; brother, John and his wife Betty DiMaggio of Woodstock, Maryland; nieces, nephews, other family and friends. Joe's family extends a huge thank you to Hospice of the Sacred Heart for their hard work and diligence, and especially for their loving and compassionate care for him and his family. They also thank Dr. James Jiunta and his staff for their kindness. Memorial donations may be made to Hospice of the Sacred Heart, 600 Baltimore Drive, Wilkes-Barre, 18702-7901 Celebration of Joe’s Life will be led by Pastor Jamie Saunders on Friday at 6 PM at McLaughlin’s, 142 South Washington Street in Wilkes-Barre. Visitation will be held at McLaughlin's on Friday from 3 to 6 PM. Permanent messages and memories can be shared with Joe’s family at www.lifecelebrations.com

Joseph F. DiMaggio, 76, of Wilkes-Barre passed away peacefully with his family at his side on November 24, 2014 at the home of his daughter and son-in-law, Barbara and Gene, with whom he resided. Born November 2, 1938 in Wilkes-Barre he was... View Obituary & Service Information

The family of Joseph F. DiMaggio created this Life Tributes page to make it easy to share your memories.