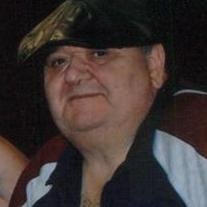 Joseph J. DelleCave, 66, of Wilkes-Barre passed away at home in the presence of his family on Thursday, October 25th. Born in Naples Italy, he was the son of the late Gennaro and Elvira DelleCave of Brooklyn, New York. Throughout his forty-five year career Joe was employed as a pizza baker at several restaurants where he acquired the nickname Papa Joe. He enjoyed watching sports, especially football and his beloved New York Jets. His brother, Crescenzo DelleCave and his Aunt Anna and Uncle John preceded him in death. He was a loving husband, father, and grandfather who will be deeply missed by his family and friends, including: his wife of forty-seven years, Josephine DelleCave; daughters, Elvira DelleCave of Brooklyn, New York; Grazia and her husband, Michael Reedy of Wilkes-Barre and Anna DelleCave of Wilkes-Barre; son, Gennaro DelleCave of Wilkes-Barre; grandson, Crescenzo Ramon Reedy of Wilkes-Barre; Dahntay Cornelius Wilkins of Wilkes-Barre, who was like a son to him; brother, Nick and his wife Donna DelleCave of Brooklyn, New York; sister, Rosa and her husband Joseph Pugliese of Lancaster; brother, Thomas and his wife Patricia DelleCave of Brooklyn, New York; as well as his many loving aunts, uncles, nieces, and nephews. Joe’s entire family extends special thanks to the following for their loving care and support: his nurse, Megan Zonich of Gentiva Health Care; his personal health care aide, Judy Richards of CareGivers America; his physical therapist, Rich Cipolletti of Gentiva Health Care; and the nurses from Hospice of the Sacred Heart in Wilkes-Barre. Celebration of Joseph’s Life will be held Monday at 8:30 AM from McLaughlin’s – The Family Funeral Service, 142 South Washington Street in Wilkes-Barre with Funeral Mass at 9:30 AM in the Church of Saint Nicholas. Interment will be in Saint Mary’s Cemetery in Hanover Township. Visitation will be held at McLaughlin’s on Sunday from 2 to 5 and 7 to 9 PM. The DelleCave Family requests that flowers be omitted and that memorial donations in Joseph’s name be made to the American Cancer Society, 712 South Keyser Avenue, Taylor, PA 18517. Permanent messages and memories can be shared with Joe’s family at www.celebratehislife.com

Joseph J. DelleCave, 66, of Wilkes-Barre passed away at home in the presence of his family on Thursday, October 25th. Born in Naples Italy, he was the son of the late Gennaro and Elvira DelleCave of Brooklyn, New York. Throughout his forty-five... View Obituary & Service Information

The family of Joseph DelleCave created this Life Tributes page to make it easy to share your memories.

Joseph J. DelleCave, 66, of Wilkes-Barre passed away at home...