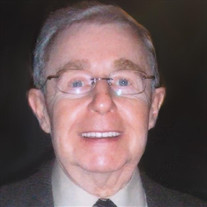 John Gerald Burns of Wilkes-Barre died at the home of his brother, Joseph J. and his wife Jo Ann Burns, on Saturday, March 7, 2015 after a lengthy illness. Born October 15, 1940 in the Parsons section of Wilkes-Barre he was a son of the late Thomas Leo and Dorothy Ann Dugan Burns. John graduate from Saint Mary's High School and further studied under the Priest of the Sacred Heart at Great Barrington, Massachusetts and Sainte Marie, Illinois. His additional college work was achieved locally at King's College and Wilkes University. John served in the Hospital Corps of the United States Navy during the Vietnam Era. He was assigned to the recovery and intensive care units of the Philadelphia Naval Hospital, where he received sever meritorious citations. At the time of his honorable discharge, he earned the Good Conduct Award and received the Captain's Letter of Appreciation upon completion of his Naval career. For several years he was employed in the Industrial Offices of the General Electric Company in Philadelphia. John was later employed as a Manager of the Econo Lodge in Wilkes-Barre Township and, until retirement, was an employee of Luzerne County. John proudly served as a member of the Governing Board of Directors of the Commission on Economic Opportunity. In addition to his parents and several nieces and nephews who died in infancy, John was preceded in death by his sisters, Dorothy Ann McLaughlin and Joan Ann Calore; a brother, Neil Burns; and brothers-in-law, Robert Calore and Frank Eick. John will be greatly missed by his brothers, Father Thomas Leo Burns, SCJ of Pinellas Park, Florida and Joseph J. and his wife Jo Ann Burns of Wilkes-Barre; sisters, Carol Ann Eick of Wilkes-Barre and Marie Ann and her husband Kevin Mitchell of Harrisburg; brother-in-law, William McLaughlin of Endicott, New York; sister-in-law, Geraldine Burns of Scituate, Massachusetts; many nieces and nephews, which include the following Godchildren, William McLaughlin of Cortland, New York, Sharon Burns-Mouallem of Wilkes-Barre, Christine Eick-Poliszczuk of Baltimore, Maryland, Sister Mary Joseph Calore, SSCJ of Cresson and Thomas Mitchell of Manhattan Beach, California; other family and friends. Celebration of John’s Life will be held Wednesday at 8:30 AM from McLaughlin’s, 142 South Washington Street in Wilkes-Barre with Funeral Mass at 9:30 AM in the Church of Saint Mary of the Immaculate Conception. Interment will be in Saint Mary's Cemetery. Visitation will be held at McLaughlin's on Tuesday from 4 to 7 PM. Memories and condolences may be shared with John’s family at www.lifecelebrations.com

John Gerald Burns of Wilkes-Barre died at the home of his brother, Joseph J. and his wife Jo Ann Burns, on Saturday, March 7, 2015 after a lengthy illness. Born October 15, 1940 in the Parsons section of Wilkes-Barre he was a son of the late... View Obituary & Service Information

The family of John Gerald Burns created this Life Tributes page to make it easy to share your memories.

John Gerald Burns of Wilkes-Barre died at the home of his brother,...