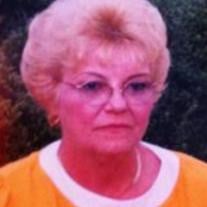 Janette Scavone Campbell, 71, of Ocean View, Delaware died Wednesday at Moses Taylor Hospital in Scranton. Born May 31, 1941 in Wilkes-Barre she was a daughter of the late Patrick J. and Julia H. Remavich Scavone. A 1958 graduate of Saint Mary's High School in Wilkes-Barre, Janette continued her education in nursing. Janette practiced as a Licensed Practical Nurse for several years before she and her husband, John, moved to Maryland. There she worked for the United States Government Printing Office for many years. As John's career path changed, they relocated to Las Vegas and Atlantic City for several years before retiring to Ocean View. Janette was a member of the Parish of Saint Ann in Bethany Beach, and the ladies auxiliaries of American Legion Post 254, Loyal Order of Moose and the Elks Lodge. Her husband, John J. Campbell died August 20, 2005. A sister, Patricia Albrecht and brother, Edward Scavone also preceded her in death. She will be greatly missed by her sons, John and his wife Kim Campbell of Mechanicsville, Maryland and James and his wife Holly of El Paso, Texas; grandchildren, Anthony and his wife Jennifer, Kristyn, Brandon, Cash, Dylan and Elle Campbell; great-grandchildren, Samanza and Leia; sisters, Carol and her husband Thomas Silvi of Thornhurst and Elizabeth and her husband John Strasburger of Roaring Brook Township; many nieces, nephews, cousins, friends and her beloved bichon, Jack. Celebration of Janette’s Life will be held Monday at 8:30 AM from McLaughlin's - The Family Funeral Service, 142 South Washington Street in Wilkes-Barre with Funeral Mass at 9:30 AM in the Church of Saint Mary of the Immaculate Conception. Entombment will be in Saint Mary's Mausoleum in Hanover Township. Visitation will be held at McLaughlin's on Sunday from 2 to 4 PM. Memorial donations are preferred and may be made to the American Cancer Society, 712 South Keyser Avenue, Taylor, PA 18517. Permanent messages and memories can be shared with Janette’s family at www.celebrateherlife.com

Janette Scavone Campbell, 71, of Ocean View, Delaware died Wednesday at Moses Taylor Hospital in Scranton. Born May 31, 1941 in Wilkes-Barre she was a daughter of the late Patrick J. and Julia H. Remavich Scavone. A 1958 graduate of Saint... View Obituary & Service Information

The family of Janette Scavone Campbell created this Life Tributes page to make it easy to share your memories.