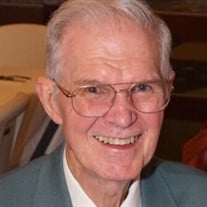 James C. Meehan, 85, passed away on August 12, 2016.  He was born in Elmsford, NY, and graduated from St Mary’s High School in Wilkes-Barre, PA in1948. He enlisted in the Marine Corps and fought in the Korean War. In 1950 he participated in the Inchon landing, liberation of Seoul, and the battle of the Chosin Reservoir. Subsequently, he attended King’s College and graduated in 1956. Upon graduation from King’s, he married his high school sweetheart Claire Druffner. Together they shared 58 years of marriage until her death in 2014. His career started as a CPA in Philadelphia working for Lybrand, Ross Brothers, and Montgomery (now Price Waterhouse Coopers).  He retired in 1986.   Jim was preceded in death by his loving wife Claire, son-in-law Francis Riccardelli, and brother, Frank. Loving father of Dolores Alea, Sharon Shefferly (Ralph), Maureen Murray (Michael), Theresa Riccardelli, and James A. Meehan; dear grandfather of 25 grandchildren and 5 great-grandchildren, Jim will be deeply missed by his family and friends.  Visitation will be from 4-7 pm Sunday and 8:30-9:30 am Monday at McLaughlin’s, 142 S. Washington St., Wilkes-Barre. Funeral Mass will be celebrated Monday at 10 am in the Chapel of Christ the King, King’s College, Wilkes-Barre. Interment will follow at St. Mary’s Cemetery, Hanover Township.  Memorial gifts may be made to King’s College or the St. Jude Foundation.

The family of James C. Meehan created this Life Tributes page to make it easy to share your memories.