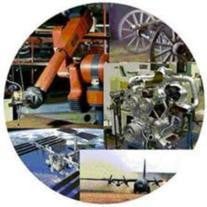 Dr. James E. Danberg, 82, died peacefully at his home on Monday, August 16, 2010 after a three year battle with cancer. Dr. Danberg was born on October 13, 1927 in Wallingford, Connecticut, the only child of Loretto M. and August E. Danberg. He attended The Catholic University of America in Washington, DC, receiving a BAE in June, 1949, a MAE in June, 1952 and a Ph.D. in Mechanical and Aerospace Engineering in 1964. Dr. Danberg was employed at the U.S. Naval Ordnance Laboratory (NOL) in White Oak, Maryland from 1951 until 1962. In 1962, Dr.Danberg left NOL to take a position in Fluid Physics Research at NASA Headquarters in Washington, DC and became the Secretary of the NASA Research Advisory Committee. He later was appointed Chief of the Fluid Dynamics Branch at NASA. In 1967, Dr. Danberg decided to follow his heart into teaching and research. He accepted an appointment as Associate Professor of Mechanical and Aerospace Engineering at the University of Delaware. He was made a full Professor in 1972. Concurrently with his tenure at the University, Dr. Danberg was a Consulting Engineer with the U.S. Army Ballistic Research Laboratory at the Aberdeen Proving Ground (APG) in Aberdeen, Maryland. At various times during his UD career, Dr. Danberg also consulted at Thiokol Chemical, ILC Dover, Inc. and NASA. In 1985, Dr. Danberg retired from the University of Delaware and assumed full-time duties as an Aerospace Engineer at APG. He formally retired from APG in 1993, but continued to provide consulting services at APG until the very end of his life. Dr. Danberg was married on June 6, 1953 to the former Mary Alouise Conlon, of Bear Creek, Pennsylvania. They celebrated 57 years of marriage and were inseparable. Mrs. Danberg survives him, as do his five children: Jim, Jr. and his wife, Tomok of Charlottesville, VA; Paula Wylie and her husband, Mark of Gilbertsville, PA; Ed and his wife, Terri of Newark; Kara Chase and her husband, Robert of Haddon Township, NJ; and Carl and his wife, Barbara of Newark. As an only child, Dr. Danberg was especially delighted by his seventeen grandchildren and two great grandchildren. Friends and relatives are invited to visit with the family at the Doherty Funeral Home, 3200 Limestone Road, Pike Creek, Wilmington, DE on Friday, August 20, 2010 from 5:30 to 7:30PM. A Mass of Christian Burial will be celebrated at St. John the Baptist Church, East Main & North Chapel Streets, Newark, DE on Saturday, August 21, 2010 at 11:00AM. Interment will be held in St. Mary’s Cemetery, Wilkes Barre, PA under the direction of the McLaughlin Funeral Home. In lieu of flowers, contributions in Dr. Danberg’s memory may be made to the School of Mechanical Engineering at The Catholic University of America, Aquinas Hall – Room 106, 620 Michigan Avenue NE, Washington, DC 20064, or to the Scholarship Fund at St. Mark’s High School, 2501 Pike Creek Road, Wilmington, DE 19808.

Dr. James E. Danberg, 82, died peacefully at his home on Monday, August 16, 2010 after a three year battle with cancer. Dr. Danberg was born on October 13, 1927 in Wallingford, Connecticut, the only child of Loretto M. and August E. Danberg.... View Obituary & Service Information

The family of James Edward Danberg Ph.D. created this Life Tributes page to make it easy to share your memories.