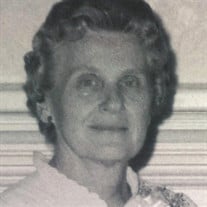 Irene Natalie Davison, 94, of Harvey’s Lake, formerly of Wilkes Barre, died peacefully Thursday, September 28,2017 at her daughter’s home at Harvey’s Lake. She was born in Edwardsville on February 28, 1923 the daughter of the late Peter and Nettie Savage. Irene excelled in academic excellence, graduating with honors from Hanover High School and College Misericordia where she earned a Bachelor of Science degree in both math and chemistry. She worked in Passaic, N.J. as a chemist during WWll. In 1945, Irene and William A. Davison were married at St. Aloysius Church, where she has been a lifelong member. Together they enjoyed 53 years of marriage, happily raising their family. Their seven children kept their lives busy and full of excitement. They took great pride in each child’s accomplishments, academic successes, and cheering at their many athletic events. In 1962, she and Bill moved back to the valley to be closer to family and friends. They purchased a cottage at Harvey’s Lake that same year. Their family spent many wonderful summers at the lake creating treasured memories for more than fifty years. Irene began teaching English at Hanover High School in 1968, where she earned the respect of fellow teachers and her students. She worked with the school drama club, enjoying the school plays and looked forward to organizing the club’s trips to Washington, D.C. and the Kennedy Center. After retiring in 1987, she and Bill enjoyed visiting their children, traveling all 50 states, and a trip to Europe. They enjoyed winter months in Tampa and cherished their summers with the family at the lake cottage. In 2006, Irene suffered a fall that confined her to a wheelchair for the last years of her life. She continued to be an inspiration to all with her unwavering good nature and perseverance. She was preceded in death by her loving husband, Bill; her beloved son, John; her parents; stepfather Leo J. Miles and brother, Dr. Peter J. Savage. Her life and memories are treasured by her daughters, Irene Brislin of Harvey’s Lake; Kathleen Hudik of Smock; sons, Dr. William A., Dr. Thomas M., and Dr. James P., all of Tampa, Florida; Attorney Robert V. of Dallas; and their spouses. She delighted in her twenty-one grandchildren, twenty-seven great-grandchildren; nieces and nephews. Celebration of Irene’s Life will begin Sunday with visitation from 6 to 8 PM at McLaughlin’s, 142 South Washington Street in Wilkes-Barre and continue there on Monday with gathering at 10 AM followed by a Funeral Mass at 11 AM in the Church of Saint Aloysius. Interment will be in Saint Mary’s Cemetery. Memorial donations are preferred and may be made to Saint Vincent de Paul Kitchen, 39 East Jackson Street, Wilkes-Barre, 18701 Memories and condolences may be shared with Irene’s family at www.celebrateherlife.com

The family of Irene N. Davison created this Life Tributes page to make it easy to share your memories.