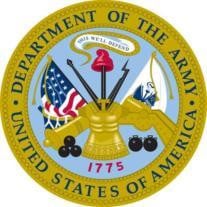 Francis G Anstett, Sr., 80, retired Army Command Sergeant Major of Bear Creek Village and formerly of Liverpool, New York passed away Friday, April 30, 2010. Born December 20, 1929 in Wilkes-Barre he was the son of the late David and Louise Wallace Anstett and a grandson of Professor Frank Anstett. Frank was a 1948 graduate of Coughlin High School where he was a member of the city champion track and field team. A veteran of the Korean Conflict and Vietnam War, CSM Anstett retired following a long and distinguished career with the Army. He was awarded medals representing the Army of Occupation with Berlin Airlift Device, Army Commendation with two Oak Leaf Clusters, Meritorious Service, National Defense, Armed Forces Expeditionary, Good Conduct, and the Medal for Humane Service. Following his military career, Frank was Material Manager for Tompkins Brother’s Company in Syracuse, New York before retiring. Frank was a member of the Parish of Saint Jude in Mountain Top and the Association of the United States Army. While serving in Germany during the Berlin Airlift, he met the love of his life, Rosemarie, with whom he celebrated their fifty-fifth wedding anniversary on December 30th. Also surviving are a son, Francis, Jr. and his wife Carol of Cockeysville, Maryland; three beautiful grandchildren, Nicolas, William and Lucille; several cousins, nieces and nephews. Frank’s Life will be Celebrated in a Funeral Mass on Saturday at 9:30 AM in the Church of Saint Jude in Mountain Top. Interment will be in Saint Mary’s Cemetery in Hanover Township. Memorial donations are preferred and may be made to the American Heart Association, 613 Baltimore Drive, Suite 3, Wilkes-Barre, PA 18702-7902

The family of Francis G. Anstett CSM, Ret created this Life Tributes page to make it easy to share your memories.