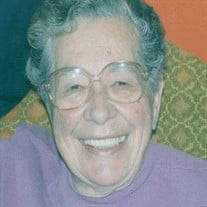 Elena Monda, 86, of Wilkes-Barre died Wednesday at her home. Born July 28, 1928 in Afragola in the Province of Naples, Italy she was a daughter of the late Fortunato and Santa Testa Celentino. Her husband, Patsy traveled from Brooklyn, New York in 1954 to meet, fall in love with, and marry her. She left her country and traveled to New York on the SS Andrea Doria to begin her American Dream. Together, Elena and Patsy worked hard and opened two pizzerias in New York, one of which was named after her. After her husband's death she relocated to Wilkes-Barre in 1983. Here she contributed her time to the community and became well known and respected. She cooked for the priests of the Parish of Saint Aloysius until the pastor retired in 2001 when she left the legacy of her homemade Italian cooking. Her husband of twenty-six years, Patsy; brother, Raffaele Celentino; and sisters, Rosetta Celentino and Gina Maiello preceded her in death. Elena will be greatly missed by her children, Ralph Monda of San Francisco, California, Frank Monda of Izmir, Turkey and Phyllis Monda of Wilkes-Barre; extended children, Theresa Uren of Wilkes-Barre and Sahan Alanson of Wilkes-Barre; grandson, Alexander Woodbury-Monda and his wife Kaleen of Wilkes-Barre; extended grandchildren, Danielle Zielinski and Toofy Alghusn; cousin, Geppina Delle Cave of Wilkes-Barre; great-nephew and -niece, Crescenzo and Isabella Reedy of Wilkes-Barre; other family and friends. Elena's family is grateful to her best friend and caregiver, Melissa Resetar and her physician, Dr. Denise Klynowsky-Farrell and staff. Celebration of Elena’s Life will be held Monday at 8:30 AM from McLaughlin’s, 142 South Washington Street in Wilkes-Barre with Funeral Mass at 9:30 AM in the Church of Saint Nicholas. Interment will be in Saint Mary's Cemetery. Visitation will be held at McLaughlin's on Sunday from 2 to 4 and 7 to 9 PM. Memories and condolences may be shared with Elena’s family at www.lifecelebrations.com

Elena Monda, 86, of Wilkes-Barre died Wednesday at her home. Born July 28, 1928 in Afragola in the Province of Naples, Italy she was a daughter of the late Fortunato and Santa Testa Celentino. Her husband, Patsy traveled from Brooklyn, New... View Obituary & Service Information

The family of Elena Monda created this Life Tributes page to make it easy to share your memories.

Elena Monda, 86, of Wilkes-Barre died Wednesday at her home.