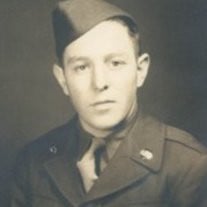 On August 8, 2013, a hero was called to be with the Angels. Edward D. Martin, 84, of Wilkes-Barre, passed away unexpectedly at Geisinger Wyoming Valley Medical Center. Those of you who knew our dad knew a man who worked effortlessly all of his life for the youth of Luzerne County. His life and influence impacted thousands of others and through him, his teachings will continue for many generations. Ed Martin’s life began in Plains as a son of the late Edward D. and Helen McCormack Martin. His service to others was initiated during his military career when he served in the Army and he was part of the team that helped build the Panama Canal. While in the Army he learned the art of Judo. Upon his return to Luzerne County he fell in love and married his wife of sixty years, Florence Salwoski Martin. Our dad’s work life started in a cigar factory, and from there, he went to the Prestige and Gamins shoe factories where he became the local president of the AFL-CIO. In 1971, he began his career at the Guthrie School and then the Wilkes Barre Career and Technical Center as the head of maintenance and President of the Custodians Union. He retired from there, only to begin his next journey as a crossing guard for the Wilkes-Barre Area School District and served as President of the Crossing Guard’s Union. While working as a crossing guard, he survived being hit by a vehicle twice. The second time he was struck, he was able to move a child and his mother out of the way, and the impact of the van was on him. If you asked him if he would do that again, he would tell you “yes, that was my job.” We always felt it was his strong stature gained from the martial arts that saved his life, but we always knew that it was his mental strength and will to fight that kept him with us after that accident. There is literally no way to explain the impact he had on people, he was an honorable warrior who gave tirelessly to the community. His career as a martial artist began in the Model Cities in the Heights in the early 1970s. From there he went to the YMCA, and was later named Layman of the Year in recognition of his time volunteering there. He went on to open his own school, the Ed Martin School of Self-Defense. His school and his legacy continue through the efforts of his students. In his retirement his day always started with his routine of working out in his school. In his 70’s he earned his tenth degree black belt, in his 80’s, he earned the rank of Grand Master. Four weeks ago, he was still teaching martial arts to his great-grandson, Nathan. Our dad was an avid Phillies fan, a Cub Scout leader, Judge of Elections for Luzerne County and he spent his life centered on youth. He was the neighborhood quarterback, the President of Heights Little League and was the co-founder of the Heights Teener League and American Legion Baseball teams. An infant son, Thomas Martin preceded him in death. He will be greatly missed by his wife, Florence Salwoski Martin; three children, Joyce and her husband Robert Mock, Raymond and his wife Denise Martin and Carol and her husband Paul McGrane; seven grandchildren, Natalie and her husband SR Benjamin, Robyn and her husband Mike Weisser, Bryan Mock, Nicole and her husband Michael Borden, Kylee McGrane, Rosie McGrane, and Danielle McGrane; four great-grandchildren, Nathan and Skyler Benjamin, and Zachary and Lucas Borden; brother, Jim and his wife Pat Martin; sister, Ellen Martin; nephew, Jim and his wife Donna and their children Jimmy and Katie Martin Celebration of Ed’s Life will be held Monday at 8:30 AM from McLaughlin’s – The Family Funeral Service, 142 South Washington Street in Wilkes-Barre with Funeral Mass at 9:30 AM in the Church of the Maternity of the Blessed Virgin Mary on Park Avenue in Wilkes-Barre. Interment will be in the church cemetery in West Wyoming. Visitation will be held at McLaughlin's on Sunday from 5 to 8 PM. Memorial donations are preferred and may be made to the Edward D. Martin Student Athlete Scholarship Award in care of the Wilkes-Barre Career Technical Center. A hero is somebody who is selfless, who is generous in spirit, who just tries to give back as much as possible and help people. A hero to me is someone who saves people and who really deeply cares. – Debi Mazar Permanent messages and memories can be shared with Ed’s family at www.celebratehislife.com

On August 8, 2013, a hero was called to be with the Angels. Edward D. Martin, 84, of Wilkes-Barre, passed away unexpectedly at Geisinger Wyoming Valley Medical Center. Those of you who knew our dad knew a man who worked effortlessly all of... View Obituary & Service Information

The family of Edward D. Martin created this Life Tributes page to make it easy to share your memories.