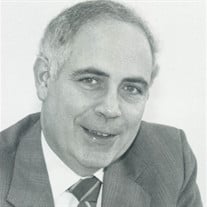 Edward P. Hourigan age 77 of Wilkes-Barre died Saturday at Saint Luke’s Villa in Wilkes-Barre. Born in Wilkes-Barre and raised in the Glen Summit section of Mountain Top, he was the son of the late John A. and Katharine (Sue) Mulcahy Hourigan. Edward was a member of the Class of 1955 of Wyoming Seminary in Kingston. He attended Lafayette College before entering the United States Air Force where he had served four years. During his military career he completed his degree and graduated from Long Island University. Upon the completion of military duty Edward returned to the Wyoming Valley where he entered his long time career in the newspaper business. Initially he was employed by the Wilkes-Barre Publishing Company as the advertising manager serving in that capacity until 1980. On two separate occasions during that time he was the recipient of the prestigious Crystal Prism Award, a nationally recognized award for excellence in his field. He also had received the Silver Medal Award presented by Northeastern Pennsylvania advertising organizations. In 1981 he became the Advertising Director for the Winchester Star newspaper in Winchester, Virginia and later served as the Publisher of the Record Herald newspaper in Washington Courthouse, Ohio. Edward returned to Wilkes-Barre in 1990 and shortly after became the publisher of the Citizens Voice until his retirement from the newspaper business in 1994. It was during this time that the Citizens Voice, under Edward’s direction, truly became a daily newspaper with the creation of its Sunday edition. Presently a communicant at the Church of Saint Mary of the Immaculate Conception, he had been a member of the Parish of Saint Therese for many years. A brother, John Hourigan, III preceded him in death. He will be greatly missed by his wife, the former Rosalie Caffrey, with whom he celebrated 51 years of marriage on June 20th; sons, Edward, Jr. and his wife Loriann of Collegeville and Joseph of Wilkes-Barre; grandchildren, Hailey, Brady and Ally Hourigan; brothers, Lawrence of Naples, Florida, William of Glen Lyon and David of Mountain Top; sister, Katharine Hourigan of Mountain Top; nieces, nephews, other family and friends. Celebration of Edward’s Life will begin Tuesday with visitation from 6 to 8 PM at McLaughlin’s, 142 South Washington Street in Wilkes-Barre and continued there on Wednesday with gathering at 8:45 AM followed by a Funeral Mass at 9:30 AM in the Church of Saint Mary of the Immaculate Conception. Interment will be in Saint Mary’s Cemetery. Memories and condolences may be shared with Edward’s family at www.lifecelebrations.com

Edward P. Hourigan age 77 of Wilkes-Barre died Saturday at Saint Luke&#8217;s Villa in Wilkes-Barre. Born in Wilkes-Barre and raised in the Glen Summit section of Mountain Top, he was the son of the late John A. and Katharine (Sue) Mulcahy... View Obituary & Service Information

The family of Edward P. Hourigan created this Life Tributes page to make it easy to share your memories.