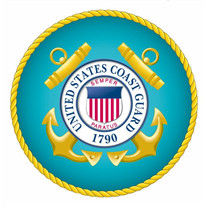 Donald W Miller, 65, loving husband and father, passed away on April 5, 2022, after a long and courageous battle with younger-onset Alzheimer's disease. Born in Kingston, he was the son of Elaine Eley Miller and Don and Marie Miller. He was a graduate of Meyers High School and attended Luzerne County Community College. Don joined the Coast Guard in 1975, attaining the rank of Petty Officer 2nd class. He served in Cape May, NJ, as a hospital corpsman. Don received several Commendations for Search and Rescue missions while volunteering for medical rescues aboard the USCGC Cape Cross (WPB-95328) and USCGC Point Franklin (WBT-82350). He transferred to Wilkes Barre as a CG Recruiter in 1979 and was honorably discharged in 1982. Don was the owner of several small businesses and was last employed by the VA Hospital. He was a member of Good Shepherd Lutheran Church, Wilkes Barre. His proudest moments and greatest joys in life were his family, especially his sons Brian and Jeremy. Don was a very involved parent, encouraging his sons to participate in every possible activity, especially Boy Scouts. Don felt so strongly about Scouting, wanting to teach the values and skills he had learned as a young boy and passing those on to his sons and so many other children. Don loved his visits to grade schools as a Cub Scout membership recruiter, where he enjoyed every moment teaching Boom Chicka Boom, singing as loud as he could, getting each and every boy to sing and dance along with him. He continued his leadership positions as Cub Master, Assistant Scout Master, and District Chairman receiving the District Award of Merit. He was filled with pride seeing both his sons obtain Eagle Scout, then·returning to their troops -to teach younger scouts the lessons they had learned. He was saddened when his disease would not allow him to continue his service but remembered every moment of every single rainy camping trip. He felt honored to see all that his sons had accomplished and the men th6 they had become. Although Don's diagnosis was devastating, he never once asked, "why me" he would only say that this was only temporary as he so strongly believed a cure would be imminent. He participated in several drug trials over the years in hopes that one could be effectively developed to cure this disease not only for him but also for others who suffered from the same. Our prayers are that someday soon, Don's dream of a cure will be realized. He was the person who always had a vision for better things to come and the ability to convince people of that vision. Even with his most difficult days, he would repeat with determination that it was only temporary and better days were straight ahead. He was an amazing, funny, hardworking, and loving man. He lived each day to its fullest, always waking with a smile on his face, ready to tackle each day. Don is survived by his wife, Diane; son, Brian and wife Kristy; son, Jeremy; brother, Bob Miller and wife Cathy; his extended family, Grace Boris, Ed & Joan Triolo, Tony & June Gober, whose love and support was never-ending and so gratefully appreciated. He is also survived by several nieces and nephews. Additional thanks to friends, especially Pete and Mary Kochanski; Jack and Donna Delaney who always kept an eye on him and watched over him on his daily walks to ensure he was safe. To Maryan Daily and Kay Fairley who welcomed him with open arms to the Meadows Alzheimer's Support group and offered love and guidance to the entire family along this journey. To fellow Coastie George "from Maine" Grabler for sending Don a very special CG blanket that made him smile and helped him remember some never-to-be-made-public antics. To the NEPA USCG Veterans association for their support to local veterans. To the staff at Kingston Health Care Center for their care and kindness, especially Nurse Practitioner John Rosencrans, RN Jen, and all the support staff. Finally, to the staff of Hospice of the Sacred Heart for the comfort provided to both Don and our family. Don was preceded in death by his mother Elaine Eley Miller, father Don Miller and wife Marie Miller, and sister Sandy Thomas. Our hearts are forever broken, but we take solace in knowing that he is finally at peace. He has been released from his broken body and mind and is fully cognizant, finally free of Alzheimer's disease. We know that he is shaking the heavens as he is wildly dancing and loudly singing to Boom Chicka Boom and every Neil Diamond song ever written. We are honoring Don's wishes that there be no viewing as he wanted to be remembered for the good and happy things in life and not the sadness of death. Don's family will celebrate his life privately. Share memories and condolences with Don's family at www.mjmclaughlin.com

Donald W Miller, 65, loving husband and father, passed away on April 5, 2022, after a long and courageous battle with younger-onset Alzheimer's disease. Born in Kingston, he was the son of Elaine Eley Miller and Don and Marie Miller. He was... View Obituary & Service Information

The family of Donald W. Miller created this Life Tributes page to make it easy to share your memories.

Donald W Miller, 65, loving husband and father, passed away on...