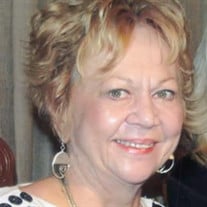 Deborah Marie Yedlock, 67, of Newport News, Virginia, beloved mother and friend, was called to be with God in His eternal resting place after a long, courageous battle with cancer on July 30, 2017. Through the most trying times, Deborah was the epitome of strength and fought with such dignity and grace. Those near to Deborah followed her lead and will always carry with them these lessons of courage and strength in their own lives. She entered the world on November 24, 1949, in Wilkes-Barre, Pennsylvania, born to the late Rose Marie (Royal) Smith and Charles Chudoba. Deborah was a 1967 graduate of Meyers High School and a 1971 graduate of Mercy Hospital School of Nursing. Being a nurse was not just a profession for Deborah, but a calling, for she was always caring and compassionate, treating her patients like they too were her family. From childhood to adulthood, being surrounded by family was the key to her happiness. Moving to coastal Virginia in 2014, Deborah found peace and serenity by the water. She enjoyed exploring the area with family and friends whether that be antiquing, attending various festivals in the area, and sampling a variety of cultural fare. Deborah's legacy will live on with her family and friends for their hearts are filled with the blessing of having this strong, compassionate woman in their lives. She will be greatly missed by her daughters, Rainah Anne and her husband Jeremy Gillis of Newport News, Virginia, and Mariel Therese Yedlock of Wilkes-Barre Township; sister, Joanne Balconis of Exeter; brothers, Frank Smith of Newtown, and Brian Chudoba of Skippack; her former husband, Charles Yedlock of Wilkes-Barre Township; other family and friends. Celebration of Deborah's Life will begin Friday with visitation from 4 to 7 PM at McLaughlin's,142 South Washington Street in Wilkes-Barre and continue there on Saturday with gathering at 8:30 AM followed by a Funeral Mass at 9:30 AM in the Church of Saint Leo the Great in Ashley. Interment will be in Saint Mary's Cemetery. Memorial donations are preferred and may be made to the American Cancer Society. Memories and condolences may be shared with Deborah's family at www.celebrateherlife.com

Deborah Marie Yedlock, 67, of Newport News, Virginia, beloved mother and friend, was called to be with God in His eternal resting place after a long, courageous battle with cancer on July 30, 2017. Through the most trying times, Deborah was... View Obituary & Service Information

The family of Deborah Marie Yedlock created this Life Tributes page to make it easy to share your memories.