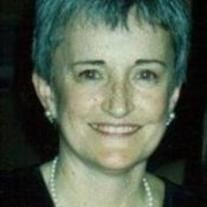 Late morning on January 30th, 2012 Constance Marie Bush, best known as Connie, journeyed to her spiritual home as her family and dear friends exalted in her grace and love one last time at the home of her sister and brother-in-law, Betsy and Ken Atkins of Larksville. A teacher in spirit, action, and deed her entire life, Connie injected verve and vigor into everyday life, transforming the mundane into cherished occasions filled with laughter and joy. She was our gift for fifty-seven years. Connie approached life with gusto from the time she raised herself upright for the first time and ran, not walked, into toddlerhood. The sprint encompassed attending St. Ann’s Academy where she developed her life-long passion for the violin at the age of seven as a member of the orchestra before graduating from Bishop Hoban High School, and then matriculating to College Misericordia where she earned summa cum laude honors in 1976 with a Bachelor’s Degree in music. After a short stint on Wall Street with Kidder Peabody, Connie followed her heart and entered the Society of the Holy Child Jesus where she taught at Rosemont School of the Holy Child in Rosemont, PA, and Oak Knoll School of the Holy Child in Summit, NJ before moving to New York City to teach at the Nativity Mission Center on the Lower East Side. In 1993, Connie co-founded the Cornelia Connelly Center, an all girls Middle School on the Lower East Side of Manhattan. Connie played with the Bronx Symphony Orchestra and traveled to Europe each winter to play violin with the Manhattan String Quartet. She spent weeks each summer cooking meals for 82 girls and counselors at the Camp Holy Child in Lake Placid, NY; and frequently sped back to Northeast Pennsylvania after working a seventy hour week to prepare a gourmet dinner complete with Martha Stewart accompaniments for her family. Unlimited exuberance emanated from Connie, and all who surrounded her felt the largeness of her spirit. Nearly twenty years ago when Mary Claire Ryan and Connie founded the Connelly Center and created an extraordinary partnership, Connie taught while Mary Claire directed and fund raised. Connie delighted in the middle school girls who populated her classrooms and relished mentoring the young teachers who sought her counsel. Connie met emotional meltdowns of students and teachers alike with arms extended; a comforting hug, and a reassuring voice. She was the master at defusing tense situations with love, respect, and genuine kindness. In 2005 when Mary Claire gave up her post as director, Connie assumed the role with much trepidation. Teacher defined her self-image, not administrator. Like most challenges in life, Connie forged ahead, created her punch list, and vigorously propelled the school into its second decade. Whether striving to place graduates in appropriate high schools or chauffeuring soon to be high school graduates to college visits on a weekend, Connie’s focus always remained on her students and making their lives intellectually and emotionally richer. The role simply could not define her; she defined the role, instilling her magic and joie de vive whether presenting at a Board Meeting, dining with a prospective donor, or dancing in the hallways with her girls. Connie generously devoted her time and considerable energies as a board member of several schools: Cristo Rey New York High School; Old Westbury School of the Holy Child, School of the Holy Child, Rye, New York and the NativityMiguel Network of Schools. Connie’s role as an educator was broad-reaching, and her expertise and wisdom were frequently sought by colleagues. When Connie received word that her breast cancer had metastasized she took a breath, said, “Alright, what’s the plan?” and pushed on. Never one to feel sorry for herself, she personified grace, exhibiting strength and courage, and ultimately teaching all those who surrounded her how to combat this horrid disease and act on one’s faith. She openly talked about dying, wishing she could live longer simply because there was so much more she wanted to do, yet accepting God’s plan and embracing her spiritual journey. Connie was preceded in death by her parents, the late Elizabeth O’Malia Bush and John Charles Bush of Wilkes-Barre, and is survived by her sisters: Betsy Atkins and her husband Ken of Larksville; Molly Carey and her husband Jack of Wilkes-Barre; Joan Bush and her partner Karen Mason of Philadelphia, and Ellen Quinlan Bush of Moosic; a niece, Jennifer James and her husband Michael and their daughter, Connie’s great niece and precious joy, Olivia Mary, of Camp Hill and a nephew, JT Carey IV and his wife Jamie of Philadelphia. Celebration of Connie’s Life will be held Friday beginning at 9 AM at McLaughlin’s – The Family Funeral Service, 142 South Washington Street in Wilkes-Barre with a Funeral Mass at 10 AM in the Church of Saint Mary of the Immaculate Conception. Family and friends are invited to join in visitation at McLaughlin’s on Thursday from 2 to 4 and 7 to 9 PM. Memorial donations are preferred and may be made to Cornelia Connelly Center, 220 East Fourth Street, New York, New York 10009, which stands as the most tangible example of how Connie paid it forward. Permanent messages and memories may be shared with Connie’s family at www.celebrateherlife.com

Late morning on January 30th, 2012 Constance Marie Bush, best known as Connie, journeyed to her spiritual home as her family and dear friends exalted in her grace and love one last time at the home of her sister and brother-in-law, Betsy and... View Obituary & Service Information

The family of Connie Bush created this Life Tributes page to make it easy to share your memories.