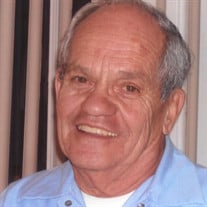 Carlo J. Mullay, 88, of South Wilkes-Barre died on July 4, 2019 at the Meadows Manor in Dallas. Carlo was born in Canastota, New York on August 22, 1930 and was the son of Vincent and Maria Mullay. Carlo grew up in Luzerne Borough but lived most of his life in South Wilkes-Barre where he was actively involved in many community and charitable causes for Bishop Hoban High School, Saint Therese’s Church, Children’s Service Center and the Bellas Charity Golf Classic. Carlo was employed at Kraft Associates for many years and then worked at Luzerne County Community College and finally Children’s Service Center until his retirement at the ripe old age of 75. He was also an accomplished amateur and professional boxer with a career record of 70 wins and only 8 losses. He was inducted into the Wyoming Valley Boxing Hall of Fame in 1996. Carlo will be greatly missed by his wife of 65 years, the former Eileen Wallace; his son, Carlo Mullay and his wife Sandy of San Diego, CA; his daughter, Pam Ostroski and her husband Ray of Shavertown; as well as his grandchildren, Chuck Suppon and his wife Mel of Dallas; Lauren Suppon of Shavertown; Ray and Brett Ostroski of Shavertown; and his great-grandchildren, Charlie Barger of Shavertown, and Cash Suppon of Dallas. Carlo will be remembered for being a great husband, father, and grandfather, a loyal and giving friend, a great father-in-law, and for his great sense of humor. He was always willing to give his time and energy to help his family and friends and was just an all-around great guy and a lot of fun to be around. He also never missed an opportunity to share one of his new, or old, jokes with anybody who would listen. Father James Paisley will celebrate a Funeral Mass for Carlo with his family privately at the Church of Saint Therese in Shavertown. Memorial donations may be made to the Bellas Charity Golf Tournament, 261 Harris Hill Road, Shavertown, PA 18708, with the proceeds to be used to fund youth boxing programs benefitting underprivileged kids. Memories and condolences may be shared with Carlo’s family at www.celebratehislife.com, or sent to 261 Harris Hill Road, Shavertown, PA 18708

Carlo J. Mullay, 88, of South Wilkes-Barre died on July 4, 2019 at the Meadows Manor in Dallas. Carlo was born in Canastota, New York on August 22, 1930 and was the son of Vincent and Maria Mullay. Carlo grew up in Luzerne Borough but lived... View Obituary & Service Information

The family of Carlo J. Mullay created this Life Tributes page to make it easy to share your memories.