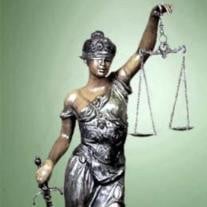 The Honorable Bernard J. Podcasy, 89, of Wilkes-Barre entered eternal life on Saturday, April 3rd. Born August 12, 1920 in Ashley he was a son of the late Joseph and Catherine Pierozek Podczasy. Judge Podcasy was a graduate of Saint Leo's High School in Ashley and Saint Michael's College in Toronto, Ontario, Canada. He earned his Juris Doctorate from Georgetown Law Center in Washington, D.C. An Army veteran of World War II, he served as a Captain of the 45th Infantry Division earning three Purple Heart medals for injuries sustained while fighting in the battles of the Italian Campaigns. As an attorney, Judge Podcasy was admitted to practice before the Pennsylvania Supreme Court, United States District Court for the Middle District of Pennsylvania and the United States Court of Appeals for the Third District. Judge Podcasy served Luzerne County as an Assistant District Attorney and as Prothonotary before being elected to the judiciary of the Court of Common Pleas of Luzerne County in 1971. He was retained for a second term in 1981 and became a Senior Judge on his seventieth birthday in 1990, a position he held for several years before retiring. He was a member of the Parish of Saint Aloysius and was honored for more than fifty years of membership in the Wilkes-Barre Law and Library Association. An infant granddaughter, Patricia Lavan Podcasy, brothers, John, Andrew, Michael and Francis Podcasy and sisters, Josephine Pace and Ann Phillips preceded him in death. Surviving are his wife of sixty-three years the former Jane Ladner; children, Bernard A. and his wife Patricia Podcasy of Forty Fort, Susan and her husband Thomas Merrel of Harvey’s Lake and Melissa Podcasy and her husband Robert Weiss of Raleigh, North Carolina; grandsons, Bernard C., Michael J. and Jeffrey J. Podcasy. Celebration of Bernard’s Life will be held Wednesday at 09:30 AM from McLaughlin's Family Funeral Service, 142 South Washington Street in Wilkes-Barre with Funeral Mass at 10:00 AM in Church of Saint Aloysius. Interment will be in St. Mary's Cemetery in Hanover Township. Visitation will be held at McLaughlin’s on Tuesday from 4 to 8 PM Memorial donations are preferred and may be made to the charity of your preference.

The Honorable Bernard J. Podcasy, 89, of Wilkes-Barre entered eternal life on Saturday, April 3rd. Born August 12, 1920 in Ashley he was a son of the late Joseph and Catherine Pierozek Podczasy. Judge Podcasy was a graduate of Saint Leo's... View Obituary & Service Information

The family of Honorable Bernard J. Podcasy created this Life Tributes page to make it easy to share your memories.