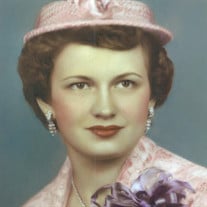 On December 18th Bernadine Scherbenco decided to leave us all behind and fly away with the angels. Gracing us with her presence since 1931, Bernadine was the daughter of the late Susan and John Strichek. Her husband, Joseph died in 2001 and her late-in-life companion, Bob Sobeck died in 2011. Born and raised in the Miners Mills section of Wilkes-Barre she lived there until taking up residence at Washington Square Apartments in 2000. Bernadine was educated in area schools and spent her early life working in the dress making business in several locations across the valley. Bernadine was a dedicated homemaker who, through good times and bad, was the rock of her family. Extremely strong in her faith, Bernadine was a parishioner at Saint John the Baptist and Blessed Sacrament in Miners Mills. After their closings she found a religious home with the great parish family at the Church of Saint Nicholas. Affectionately known as ‘Miss B’, Bernadine taught First Holy Communion classes for nearly ten years at Saint Anthony’s Maronite Church and was greatly loved. Bernadine was a tremendous people person who was constantly reaching out to people in need and was always ready to add anyone to her famous Prayer List. Dubbed ‘The Mayor of Washington Square’, Bernadine was always one of the first persons to greet new arrivals and make them feel comfortable in their new environment. Sisters, Agnes and Anne, and brothers, Joseph, John, Michael and Anthony preceded her in death. She will be forever missed by her sons, David of Wilkes-Barre and Joseph of New Jersey; other family; and friends, especially those at her regular Saturday appointments at The Rose Garden, and The Washington Square Breezeway Gang. Bernadine’s family is grateful for the loving and compassionate care she received from the staff of Geisinger Wyoming Valley, Timber Ridge and Celtic Hospice. Celebration of Bernadine’s Life will be held Saturday, January 3rd with a Funeral Mass at 11 AM in the Church of Saint Nicholas, 226 South Washington Street in Wilkes-Barre. As Bernadine was passionate in her belief that no child should go hungry in the valley, she requested that, instead of flowers, donations be made to the Weinberg Food Bank, Commission on Economic Opportunity. McLaughlin’s are assisting Bernadine’s family with arrangements. Permanent messages and memories can be shared at www.lifecelebrations.com

On December 18th Bernadine Scherbenco decided to leave us all behind and fly away with the angels. Gracing us with her presence since 1931, Bernadine was the daughter of the late Susan and John Strichek. Her husband, Joseph died in 2001 and... View Obituary & Service Information

The family of Bernadine Scherbenco created this Life Tributes page to make it easy to share your memories.

On December 18th Bernadine Scherbenco decided to leave us all...