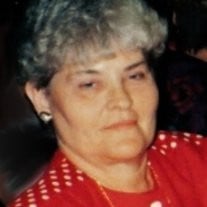 Ann Zwiebel, 77, of Hanover Township died Friday at Wilkes-Barre General Hospital. Born December 31, 1935 in Wilkes-Barre she was a daughter of the late Leroy and Josephine Reilly Smith. Ann was a 1954 graduate of G.A.R. Memorial High School. Mrs. Zwiebel dedicated most of her life to caring for her husband and five children, and was a senior aide for the Luzerne and Wyoming Counties Bureau for the Aging for the past fifteen years. Her greatest joy in life was spending time with her six grandchildren. Her husband, John J. 'Jack' Zwiebel died February 12, 1992 and her son, Joseph T. Zwiebel died December 24, 1988. A brother, Ned Smith also preceded her in death. She will be greatly missed by her children, Jack and his wife Charmaine Zwiebel of Alden, Ned Zwiebel of Hanover Township, Ann and her husband Frank Mazzitelli of Wyoming and Karen and her husband Steven Stewart of Schwenksville; grandchildren, Joseph Zwiebel, Michael and Melissa Mazzitelli, Jacqueline, Morgan and Jake Stewart; twin sister, Dorothy and her husband Erv Valerius of Hanover Township; sister, Joan and her husband Harold Gilligan of Baltimore, Maryland; brother, Larry Smith of Kensington, Maryland; nieces, nephews, other family and friends. Celebration of Ann’s Life will be held Monday at 8:30 AM from McLaughlin’s – The Family Funeral Service, 142 South Washington Street in Wilkes-Barre with Funeral Mass at 9:30 AM in the Church of Saint Nicholas. Interment will be in Saint Mary's Cemetery in Hanover Township. Visitation will be held at McLaughlin's on Sunday from 4 to 7 PM. Permanent messages and memories can be shared with Ann’s family at www.celebrateherlife.com

The family of Ann Zwiebel created this Life Tributes page to make it easy to share your memories.