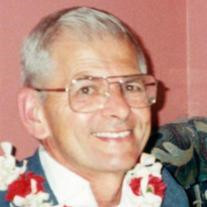 Andrew A. Gorto, 66, of South Franklin Street in Wilkes-Barre died Thursday at Kindred Hospital. Born October 6, 1943 in Newark, New Jersey he was a son of the late Andrew F. and Stella Boruch Gorto. Andy joined the United States Navy in 1960, retiring as Master Chief in 1991. During his career he served in Argentia, Newfoundland, aboard the USS Bushnell in Key West, Florida, aboard the USS Barry in Boston, in Winter Harbor, Maine, aboard the USS Shakori in Norfolk, Virginia, with the 6th Fleet Staff in Naples, Italy, on Terciera Island in the Azores, at the Naval Recruiting Station in Scotia, New York, JUSMAT in Ankara, Turkey and at the Fleet Material Support Office in Mechanicsburg. A resident of Wilkes-Barre since the time of his retirement, Andy worked locally as a VA Hospital Representative for Disabled American Veterans and at the Lehman Campus of Penn State University. Andy also continued his education at King's College and had great passion for photography and travel. A son, Karl Gorto died in 1989. Surviving are his wife, the former Linda Scoville, a son, Andrew J. and his wife Michelle Gorto of Pittston; grandchildren, Samantha and Andrew; a brother, Leonard Gorto of Dallas, and step-daughters, Kerry Carter of New York and Kelly Frye of Texas. Celebration of Andy’s Life will be held Sunday from 2 to 3 PM at McLaughlin's Family Funeral Service, 142 South Washington Street in Wilkes-Barre. Interment will be in Indiantown Gap National Cemetery in Annville.

The family of Andrew Gorto created this Life Tributes page to make it easy to share your memories.

Andrew A. Gorto, 66, of South Franklin Street in Wilkes-Barre...